Department of Biochemistry and Molecular Biology; Penn State College of Medicine; Chair, Biosafety and Recombinant DNA Committee; Distinguished Educator; Chair, Biomedical Sciences Graduate Program.  Dr Keil has extensive expertise in yeast molecular genetics and he designed and oversaw the construction of the BioFe™ yeast strain in his lab. In addition to his work on iron bioavailability in humans, Dr Keil’s research interests have focused on studies related to the mechanisms of action of volatile anesthetics and on the mechanism of genetic recombination in repeated DNA sequences using yeast as a model organism.  Dr Keil is a founding member of Sidero Bioscience and Co-inventor of the Sidero intellectual property platform.

Executive Management Team and Board of Directors 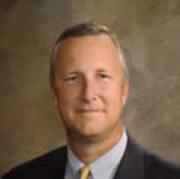 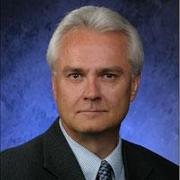 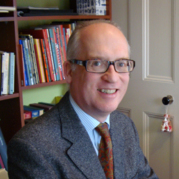 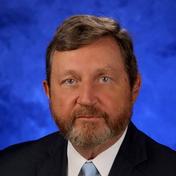 Chief Operating Officer, Member of the Board of Directors

Distinguished Professor of the Department of Neurosurgery, and Professor of Engineering Science and Mechanics.  He is a fellow of the American Association of Neurological Surgeons (FAANS), the American College of Surgeons (FACS) and the American Heart Association Stroke Council (FAHA).  Dr Harbaugh has received numerous awards and honors during his career including being selected as a National Merit Scholarship Finalist and as a member of Alpha Omega Alpha, Who’s Who in America, Best Doctors in America, America’s Top Doctors and America’s Top Surgeons and selected as an Alumni Fellow of the Penn State University Alumni Association.  Dr Harbaugh has been an invited speaker at more than 230 scientific and medical symposia and a visiting professor at more than 60 institutions.

Dr Harbaugh has contributed more than 400 peer reviewed articles and presentations, book chapters and abstracts on various neurosurgical topics.  He has served on the editorial boards of Neurosurgery, AANS Neurosurgeon, the Journal of Neurovascular Disease, the Journal of Neuropsychiatry and Clinical Neurosciences and Neurobiology of Aging.  Dr Harbaugh has held numerous leadership positions including, the AANS Treasurer and President, Member at Large of the AAcNS Executive Council, Academic Councilor of the PNS, Director, Treasurer and Vice-Chair of the ABNS and the Leadership Committee of the AHA Stroke Council.  He has served as Chair of the CVS, Chair of the AANS/CNS Washington Committee and as President of the NENS.  He is presently the Past-President of the AANS, Chairman of the Board of Directors of the NeuroPoint Alliance and President of the SNS.  Dr Harbaugh is a founding member of Sidero Bioscience.

Founder and Chairman of the Board of Directors

Distinguished Professor Department of Neurosurgery, Co-Director Neuro-oncology Experimental Therapeutic Group, Penn State Hershey Medical Center, Pennsylvania State University.  Dr Connor is an internationally recognized leader in the field of brain iron metabolism and has published over 200 primary manuscripts and over 60 review articles and book chapters.  His research programs on iron metabolism and mechanisms of iron homeostasis have been funded from the NIH and other sources for over 30 years.  During this time, he has trained 30 graduate students including four MD/PhD students and 26 postdoctoral fellows.  Dr Connor is a founding member of Sidero Bioscience and Co-inventor of the Sidero intellectual property platform. 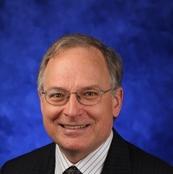 Chief Financial Officer, Member of the Board of Directors

Michael Armstrong spent 14 years with the AES Corporation where he served as Vice President and had regional responsibility for operating power generation businesses, plant construction and new business development across a European fleet of over 6 GigaWatts.  Michael had responsibility for Drax, the largest power plant in Western Europe and oversaw the development of Cartagena, the largest independent greenfield project developed in Europe for a decade.  Michael is a founder and director of Wessex Solar Energy, a group of solar power development companies which has developed over 100MW of operating ground mounted solar projects in the UK, and was an angel investor and on the board of OwnEnergy Inc, which was sold to a strategic investor in 2015.  He is also Vice President of NuHope LLC, which is developing a brain cancer drug. Michael is a chartered engineer, has a BA Hons degree from Cambridge University and an MBA from Manchester Business School.  Mr Armstrong is a founding member of Sidero Bioscience.

Senior Vice President, Member of the Board of Directors

Sil started his career at Deliotte & Touche in audit and corporate finance positions. Since then, he has brought an entrepreneurial spirit to a number of start-ups in the early drug development space.  His experiences include executive level managerial and business development roles with companies developing cancer and inflammatory therapies and iron replacement therapies.  He has successfully negotiated license agreements with academic institutions, and out licensing agreements with two public biotech companies.  In addition, Sil has served on a number boards including Penn State/Hershey Medical Center Children’s Hospital and the Medical Center’s Cancer Institute.  Mr Lutkewitte is a founding member of Sidero Bioscience.