Red blood cells bring oxygen to the body's tissues.  Healthy red blood cells are made in bone marrow and circulate through the body for 3 to 4 months.  The spleen removes old blood cells and recycles the iron.

ID and IDA can develop due to iron stores running low from:

Bleeding can cause iron loss due to:

The body may not absorb enough iron in your diet due to:

Patients with iron deficiency anemia may report the following:

Although iron deficiency anemia is a laboratory diagnosis, a carefully obtained history can facilitate its recognition. The history can also be useful in establishing the etiology of the anemia and, perhaps, in estimating its duration.​ 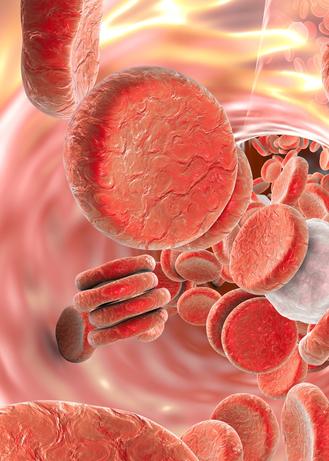 Iron deficiency is the most common and widespread nutritional disorder worldwide, affecting up to 2 billion people.  Iron is one of life’s most important nonorganic substances with major roles in oxygen transport, short-term oxygen storage, and energy generation to name a few of its fundamental roles in organismal physiology.  Deficiencies in iron absorption or excesses in iron loss leads to iron deficiency with a wide variety of symptoms.

Current iron replacement options are plainly inadequate and new strategies are desperately needed for persons with iron deficiency.  Intolerance to oral iron supplementation is common and largely due to problematic gastrointestinal side effects.  A review and meta-analysis of forty-three clinical trials, comprising 6831 iron deficient subjects, found intolerance to oral iron supplements due to gastrointestinal distress in up to 50% of patients.

Anemia is a condition in which the body does not have enough healthy red blood cells.  There are many different types of anemia with Iron Deficiency Anemia (IDA) being the most common.  IDA develops when body stores of iron drop too low to support normal red blood cell production.  Inadequate dietary iron, impaired iron absorption, bleeding, or loss of body iron in the urine may be the cause, among others.  Iron equilibrium is highly regulated to ensure that sufficient iron is absorbed to compensate for normal losses of iron.

IDA impedes motor and mental development in children leading to life long cognitive deficiencies and causes fatigue, reduced work capacity, and reduced quality of life.  IDA can be an easily treated disorder with an excellent outcome; however, many current therapeutic options are not well tolerated or are expensive and onerous to implement.  In both cases, a significant number of patients are dissatisfied with currently available treatment.